Album: One Ohana in Jesus 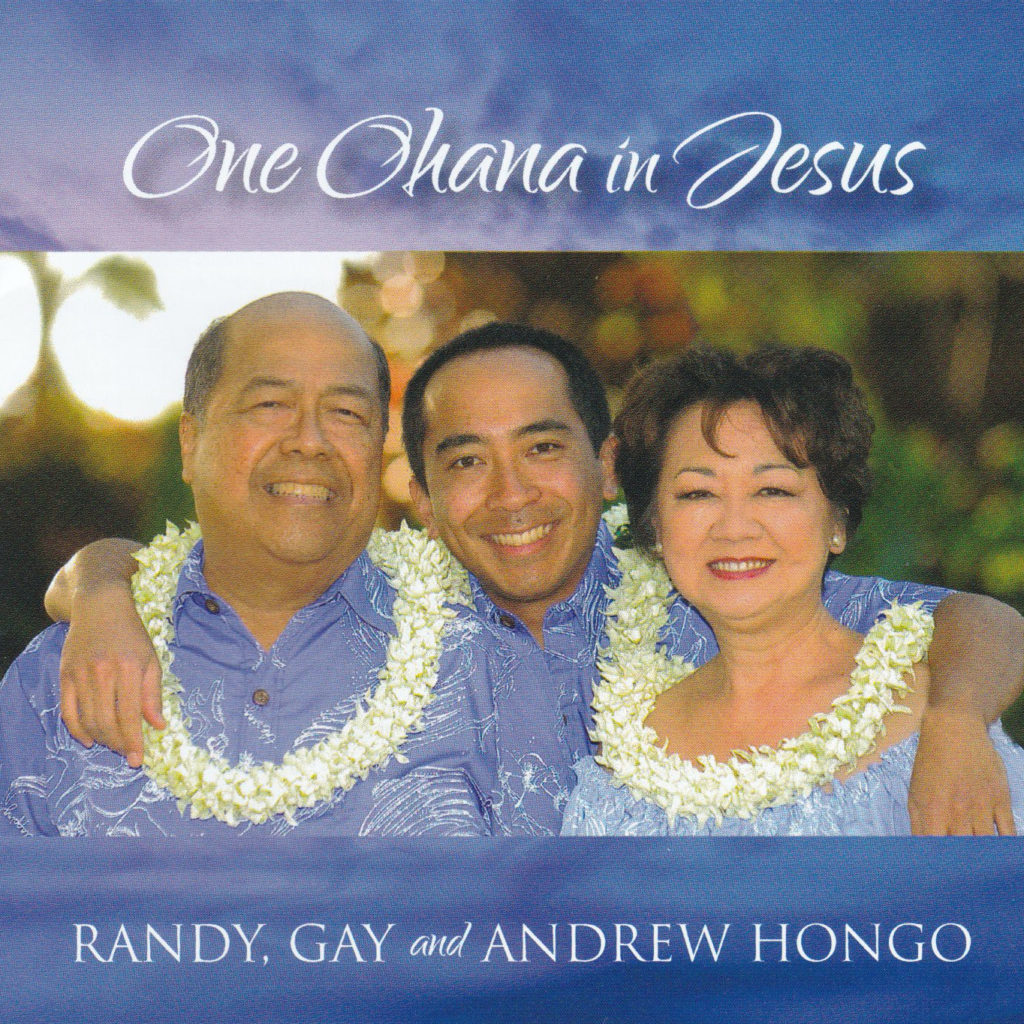 Featuring songs written by Randy while he was a patient at City of Hope Cancer
Hospital. 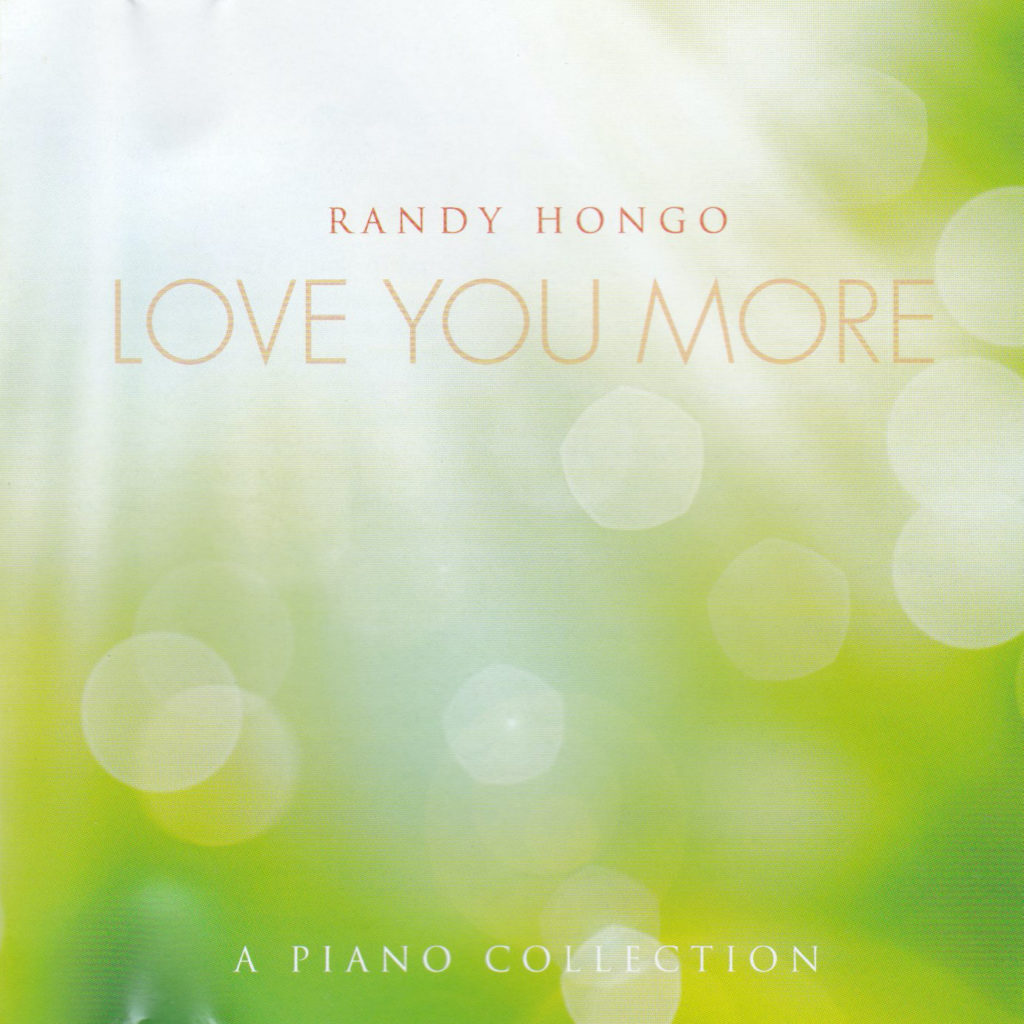 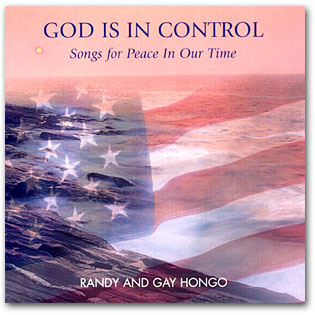 Songs for peace in our troubled times, includes the title song which Randy wrote when he visited New York a week after the terrorist attacks.

The Tragic events of September 11 have changed our lives forever. The security we’ve always known of living in a free and seemingly invincible land has been replaced by fear for our personal safety and concern for our economy, our lifestyle, and our future. But we can take heart in knowing that we have an omnipotent God who assures us in John 16:33: “…In the world you shall find tribulation, but be of good cheer for I have overcome the world.” Our Heavenly Father has claimed the ultimate victory in the eternal battle between good and evil. If we remember that truth, we can be at peace and experience His absolute security, even in the most troublesome times – and we can rejoice that our God is firmly in control of all things.

In His Peace, Randy and Gay 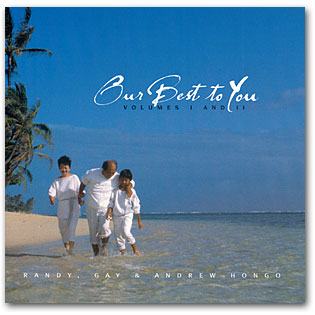 A double-CD collection of the Hongo’s favorite songs from their first ten recordings, including two songs by son Andrew with his Yale a cappella choirs.

We first released Our Best To You, Volume I, in 1991, a collection we felt represented the best songs recorded in our first ten years of ministry.

In the time since then, people have often said they wished other “favorites” had been recorded in that collection.

So now, after an additional five recordings have been produced, we’ve chosen a second group of songs for Volume II, and have created our first double-CD set. We hope you enjoy this compilation, but realize that there still may be others songs you wish we had included. Maybe in another ten years… 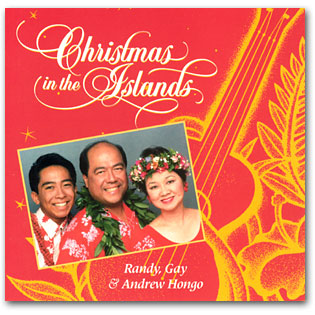 The Christmas songs in this collection have been gathered from three previously released recordings: REJOICE! IT’S CHRISTMAS (1985), HOME IS WITH THE FATHER (1993), and COMING HOME FOR CHRISTMAS (1996). We hope they bring much holiday cheer and blessing as you listen to them over the years. Merry Christmas from our house to yours! 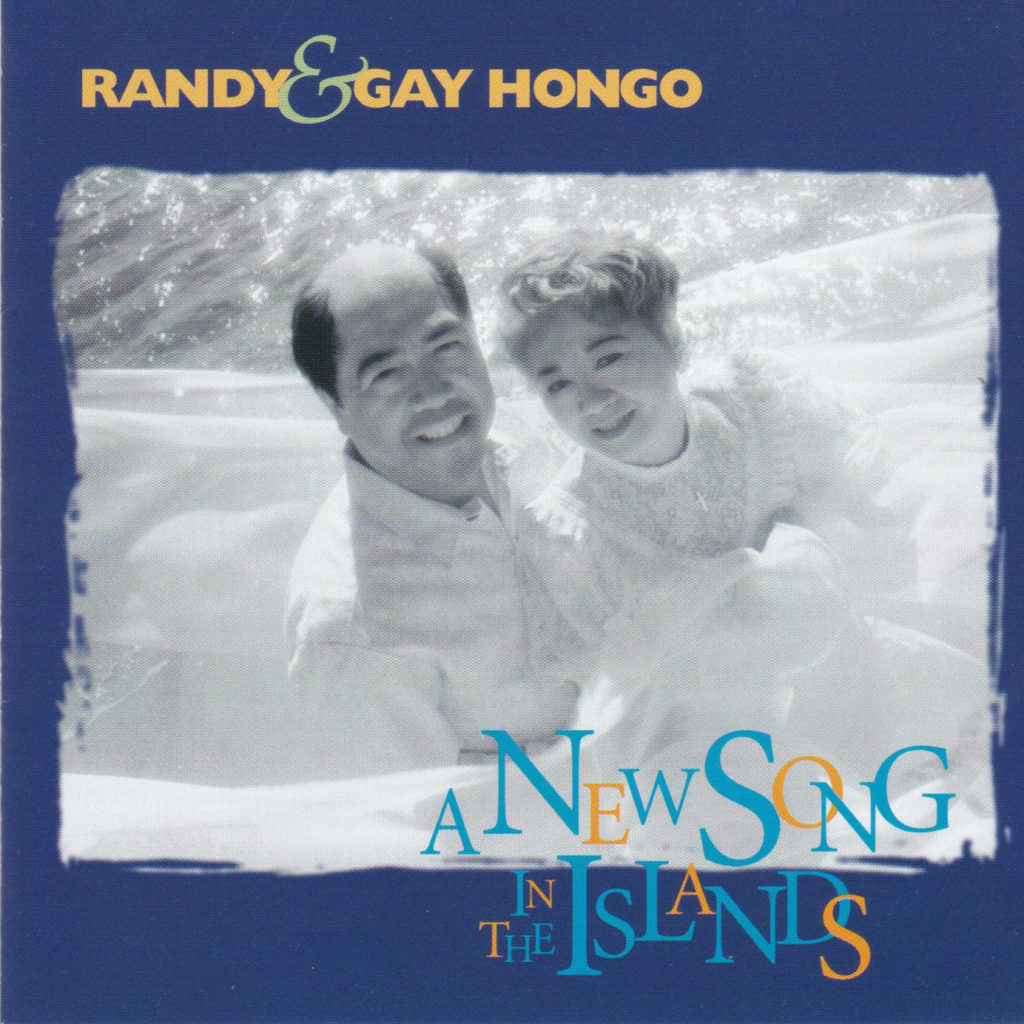 Original, and contemporary Christian songs with an island flavor.

“He put a new song in my mouth, a hymn of praise to our God. Many will see and fear and put their trust in the lord.” (Psalm 40:3)

We thank God for the songs in this collection that we are honored to sing. Some are in new musical idioms and tempos, others are more traditional and the kind you’ve enjoyed hearing us sing for the past thirty years. Whatever the musical style, the new song we all should sing in our hearts is the praise song of the sinner redeemed by God’s grace and growing daily in the grace and knowledge of the Lord Jesus. Our prayer is that all who listen to this recording will be drawn closer to the living Lord Jesus and give their lives in obedience to Him. 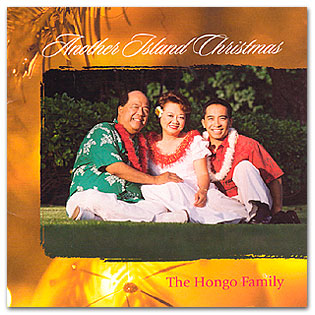 Praise songs and hymns in the Japanese language. Includes the well-known folk songs “Kojo No Tsuki” and “Basho Fu” and a spirited version of “Pearly Shells.” 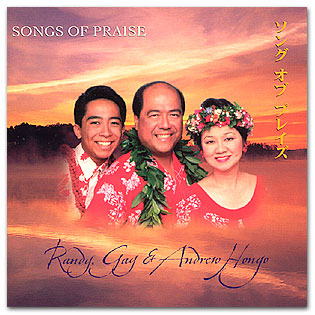 As we sing in one of the songs on this new CD, “Shu wa michi o hibi tsukurareru – God will make a way…” God continues to work in our lives as He uses us to share His Good News in song to the ends of the earth. From Tokyo, Japan to Hilo, Hawaii to California, Colorado, New York and points in between, God has given many memorable experiences of people being blessed and touched by His spirit as we have sung His praises. We thank Him that He has indeed “made a way” for this – our second collection of Japanese gospel songs – to become a reality. As a bonus, we’ve added three Japanese classical folk songs that we often perform in concert. May these songs of praise be a blessing to your heart.

Album: Christmas in the Islands Songbook 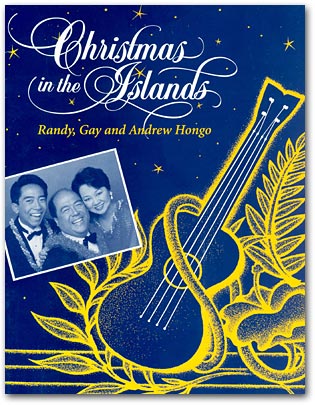 All original Christmas Songs in a beautiful
book for your playing and
singing enjoyment.

As all who live in these islands know and cherish, there is somethig special about Christmas in Hawaii Nei. We may not have the snowy days and other wintry trappings that our mainland cousins have; but the flurry of activities, the trees and decorations that brighten our homes, and the increase of kindness and aloha being shared during the closing weeks of the year all add up to a benevolent, joyful season – enjoyed in the balmiest, most perfect climate on earth.

These songs are meant to add to your Christmas celebrations. may you perform them to the delight of family and friends, always remembering that Christmas is about God sending light, love and peace to all people through His son Jesus Christ.

Album: Songs of Aloha / In His Time

Favorite Hymns and original Christian songs in the Japanese language.

Album: Home is with the Father 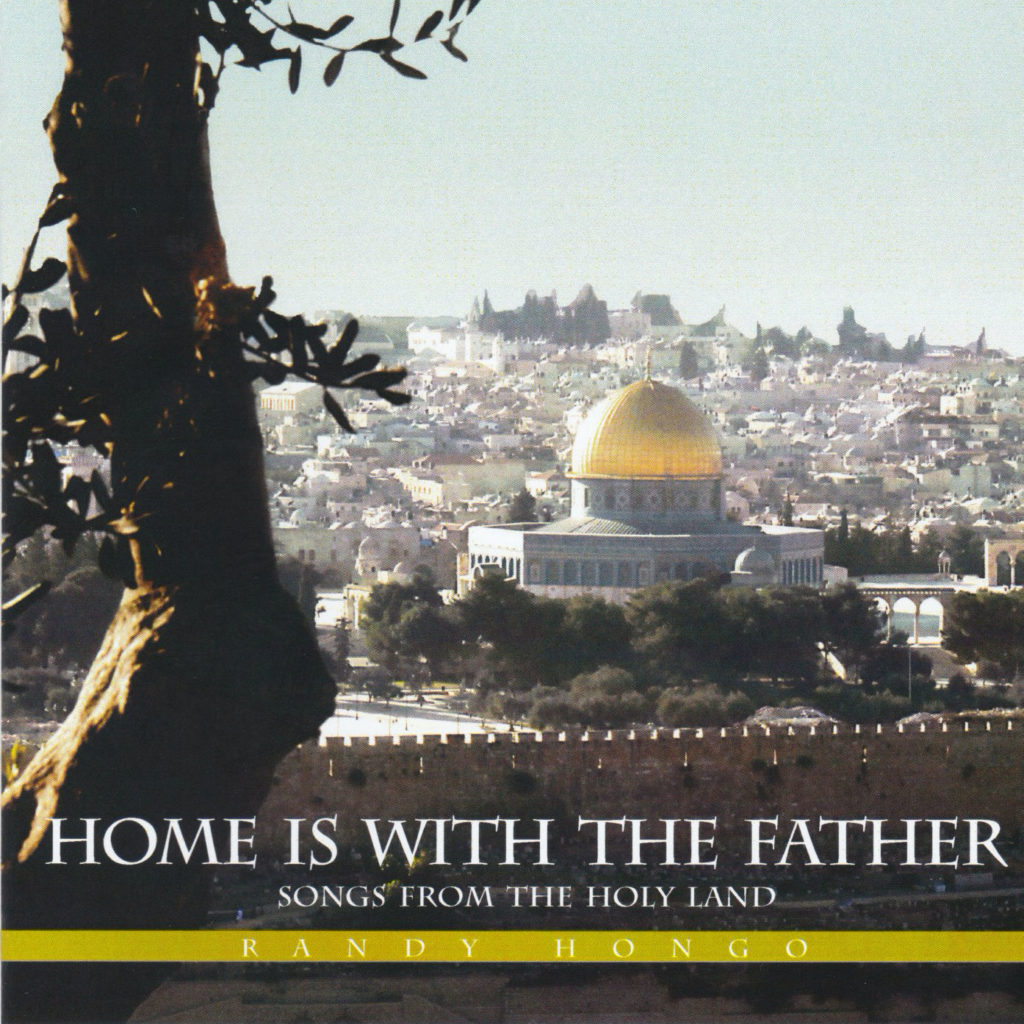 Songs from the Holy Land.

Randy’s Solo album with songs written during his trip to the Holy Land in 1993.

Album: Lord of the Islands 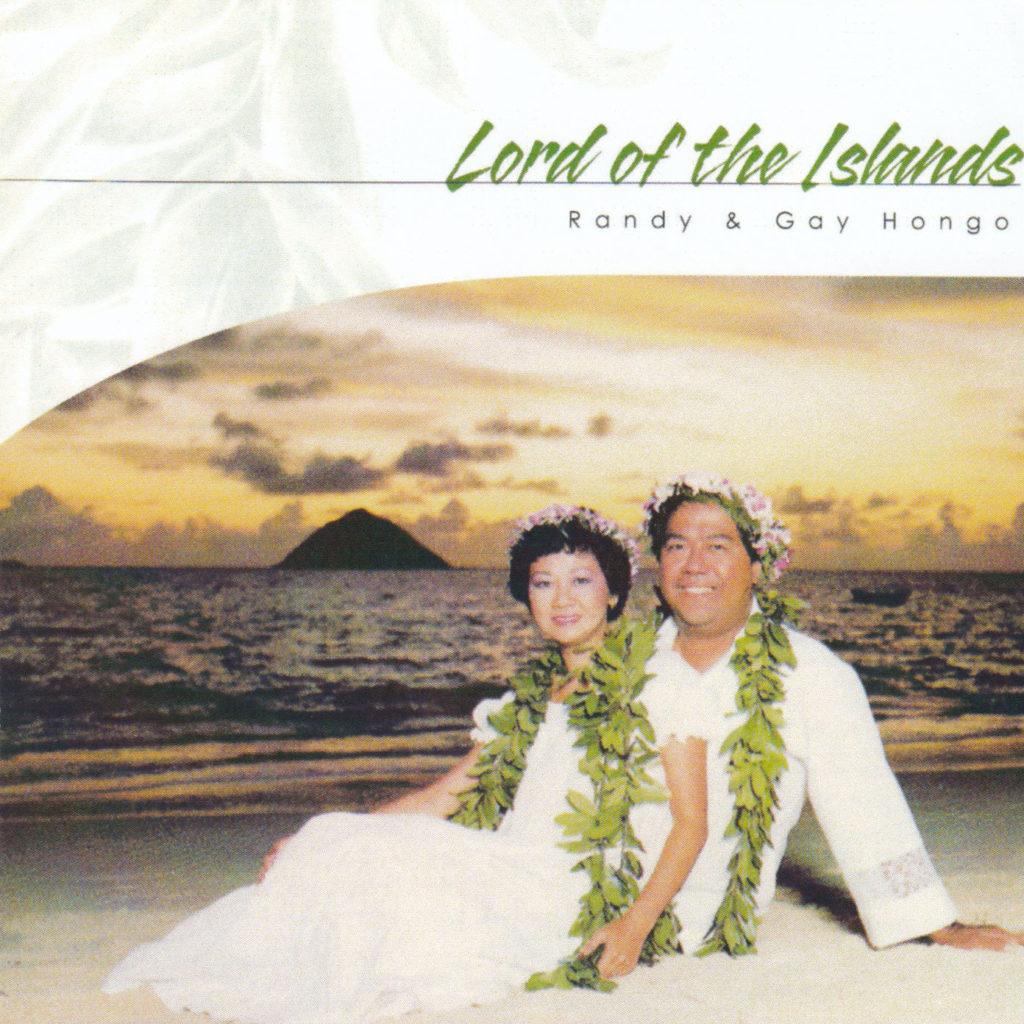 Album: Path of the Righteous 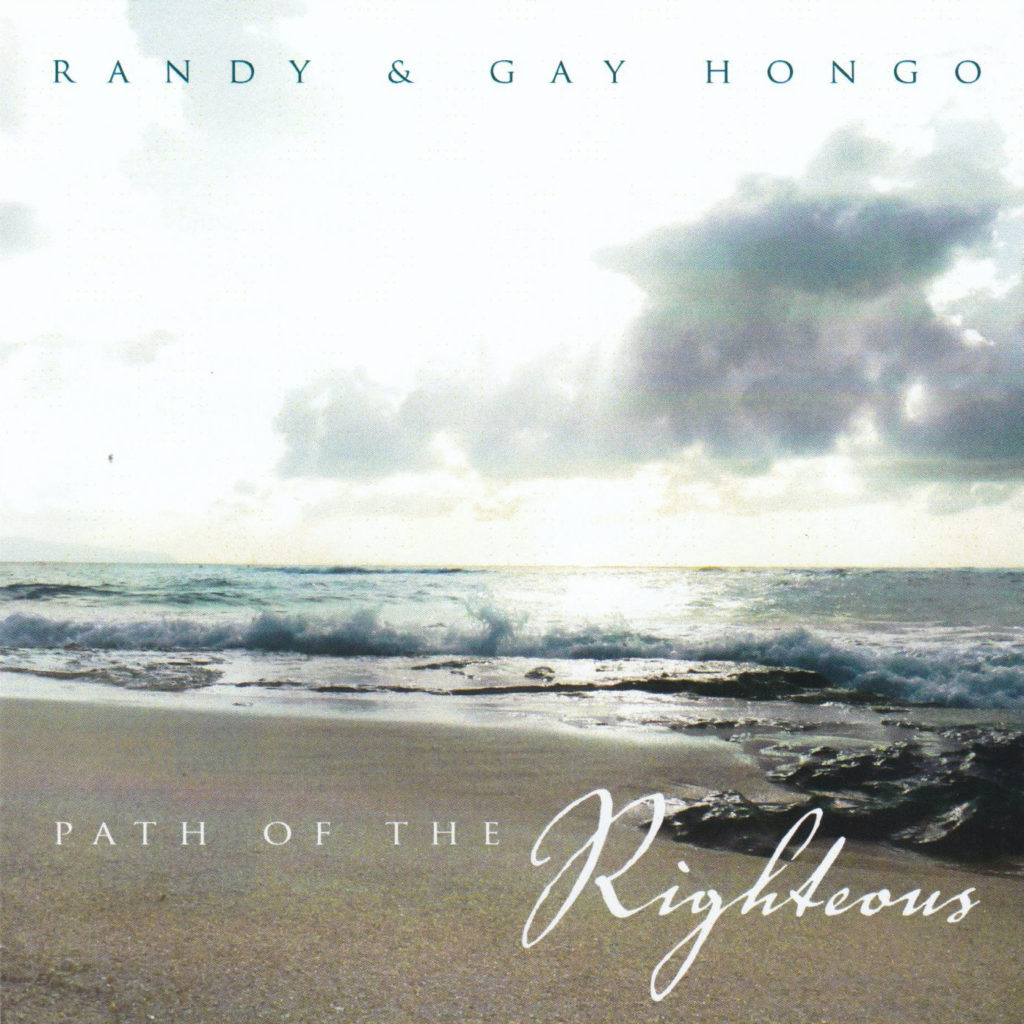 Released in 1991, includes God Has a Plan, He looked Beyond My Faults and Path of the Righteous